Chabot Fine Art Gallery is pleased to welcome John M Canal the great, great, great, great nephew of “Caneletto” Giovanni Antonio Canal. Canal’s works are fine-line fully crosshatched drawings with a touch of watercolor. His drawings are interpretations of and inspired by a series of oil paintings done during the Venetian Republic by Giovanni Antonio Canal. They reflect the times of the Venetian Republic 18th century Venice, as well as Rome, Italy and London, England.

Each of John M Canal’s works takes thousands of hours over many months to create. His highly detailed drawings reflect his meticulous hand and patient dedication to his work as he re-imagines and reiterates his heritage. Canal comes from a long line of Venetian and Milanese View artists, which is evident in his works. Each line is precisely placed in order to construct the story of Canaletto’s past. Through Canal’s delicate use of selective color, small details come to light as the narrative unfolds. John M Canal lives and creates his masterpieces in Toronto, Ontario. 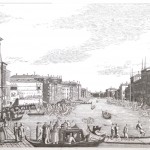 Venice, The Carnival Regatta On The Grand Canal by John M Canal 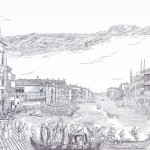 Regatta Day on the Grand Canal by John M Canal 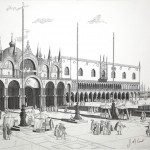 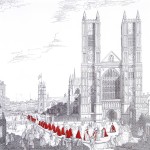 Westminster Cathredral, London, With A Procession Of The Knights Of The Order Of Bath by John M Canal 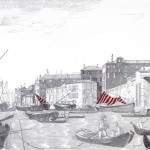 Venice, Passing the Customs House by the Giudecca Canal by John M Canal 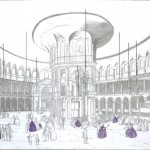 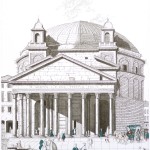 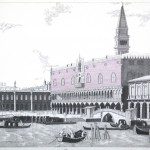 The Molo Towards West by John M Canal 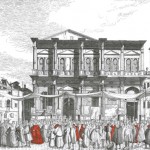 The Doge’s visit to San Rocco by John M Canal 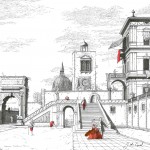 Capricco, A Palace in Venice by John M Canal 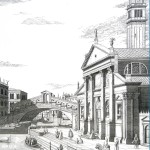 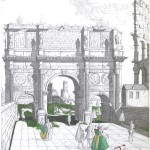