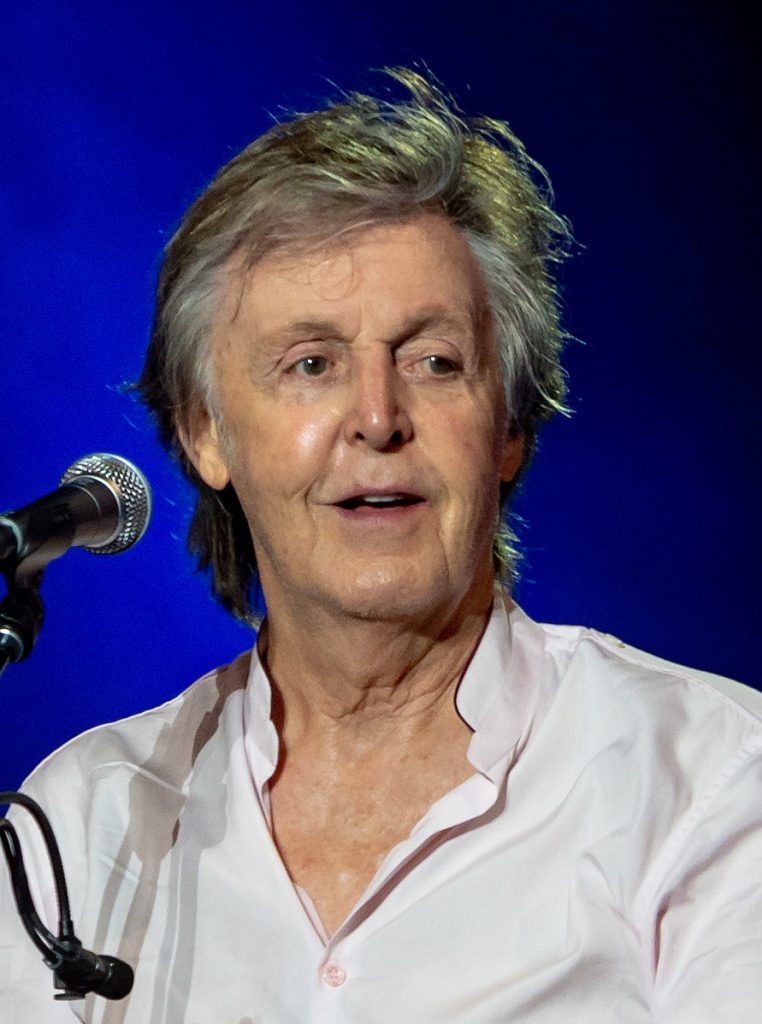 A founding member of the iconic band The Beatles, Sir James Paul McCartney is a musician, composer, and producer. For close to forty years McCartney has also been a committed painter, finding in his work on canvas both a respite from the world and another outlet for his drive to create. His paintings had been a very private endeavor until 1999 when he decided to share his artwork with a public exhibition and a book titled “Paul McCartney Paintings.” 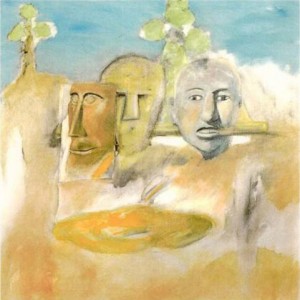 ….”And these were the connections between all the ancient civilizations, but as the painting started to develop, the one on the right started to look quite modern, so I think of him more as a modern face, with these ancient connections in the background there. The rod almost goes through his mouth, like a cigar or something; it comes out of his mouth. So that is quite nice, pretty” — Paul McCartney