James Grabowski, a current resident of Marlborough, Connecticut, received his bachelor’s degree from Central Connecticut State University in 1966 and, after serving as the University Art Department’s first graduate assistant earned his MFA there in 1968. After leaving Central, he taught art for several years but soon found himself being commissioned for his paintings and collages. For the last thirty-five years he has devoted himself exclusively to his art, which he creates in his studio in Marlborough, CT.

I recent years MR. Grabowski has received commissions for his abstract painting from more than one hundred national and international corporations, among them Pratt & whitney, Connecticut NAtional Bank, General Electric, IBM, Aetna Life and Casualty, Otis Elevator, SNET, and First Jersey Securities. His work has also been sought by non-profit organizations such as Connecticut Public Television, the New Haven Symphony and the Hartford Graduate Center. In each of his large and dynamic paintings Mr. Grabowski seeks to reflect the values of his clients, to interpret their inspirations,and to enhance their working environments.

Although known primarily as  a painter of expansive abstract canvases, filled with bold color and motion, Mr. Grabowski’s recent work also includes impressionistic landscape paintings that are quieter, often inspired by the Connecticut countryside around his home in Marlborough. 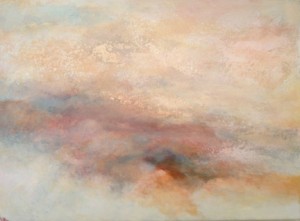 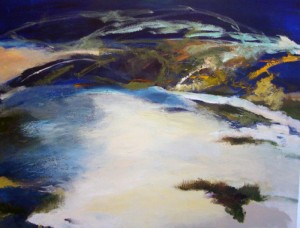